Do you need help with your reservation? Call us: @@PHONESUPPORT@@

BOOK AT THE BEST PRICE

Lloret's history is indisputably linked to the concept of hospitality and the open character of its people. Since ancient times, in the 4th and 3rd centuries BC, the Iberians who inhabited the towns of Puig de Castellet and Montbarbat established commercial contacts that allowed them to obtain tools and ceramics from Greece and Rome. Later, it was the Romans themselves who settled in our land and through a factory located on Fenals beach they started a cabotage trade with nearby towns such as Empúries, Barcelona. Numerous testimonies of this period remain: the Iberian towns of Puig de Castellet and Montbarbat, the Turó Rodó, Coll deLlop and the Roman tomb tower. In 966 AD the name of Lloret de Mar, LOREDO, appeared for the first time in writing. Different studies attribute the origin of this place name to the Latin LAURETUM, a place populated with laurels. Shortly after, in 1001 the counts of Barcelona, Ramón Borrell i Ermessenda, delimited the municipal term of Lloret, which until then was part of the term of MAÇANEDO, and transferred it to the Viscount of Girona Sunifredo.

During this period two very unique buildings were built: the Sant Joan Castle (located on the top of a hill and separates the Lloret and Fenals beaches) that served as a lookout and refuge; and the primitive church of Sant Romà (today Our Lady of the Alegries) which, despite many refubishments, still today retains numerous characteristics of the Romanesque style. At that time the town was a group of scattered country houses, mostly located in the interior area, for this reason it is not surprising that the first parish that the population had was so far from the current center of Lloret.

Little by little, some families settled down on the shore of the beach, the Castle of Sant Joan protected and in case of possible attacks by pirates, Turks or English, it became an accessible refuge. People of Lloret who lived nearby the beach used to work in commercializing products such as (firewood, wood and coal) and practiced fishing and cabotage navigation which gradually became more relevant. At this time, some links were established with different towns on the Italian coast that penetrated our culture, local traditions and even our anthroponymy. At the beginning of the 16th century, a new parish church was built inside the urban nucleus -already consolidated near the beach- which was finished in 1522 and cost 3,000 pounds. The church was built according to the Catalan Gothic style of the moment; the church also served in case of pirate raids to shelter the population; for this reason the bell was "emmerlat i proveit d´espitlleres" and the elevated entrance door protected by a deep hole.

In the middle of the eighteenth century there were already many Lloretian navigators who went to America in a more or less declared way; In 1778, King Carlos III issued the decree of free trade with the American colonies. This fact not only boosted the shipping activity of the population (between 1812 and 1869 some 130 ships were built), but it served to consolidate the merchant marine in our population. With the merchant marine, an entire import and export trade of products was organized that enriched the town. The ships headed for Santiago de Cuba, Havana, Montevideo, Buenos Aires loaded with wine, oil, textiles, salt, flour and other merchandise, while they returned to Lloret loaded with cotton, fine woods, furs, sugar, tobacco, coffee, rum, "beef".

Many Llorenses participated in the travel business, contributing money for the construction of the ship or for the acquisition of merchandise. A boat captain was not a mere carrier, but he speculated with the cargo he was carrying to try to maximize the return on the trip. On the other hand, the transoceanic commerce of the 19th century made people contemplate the possibility of seeking new expectations in American lands. Many emigrated and settled in the new continent with the intention of making a fortune out of constant work. If they made a fortune in distant lands, sooner or later they returned to their land; They are known by "Americans" or "Indians" who went in search of fortune and if they were lucky and became rich they married a young pubilla, and built a stately mansion in the neoclassical, eclectic or modernist style on the foundations of their old family home. They also used to commission the construction of a family mausoleum in the cementery and were engaged in charitable work.

This is how after a few years there were a large number of widows in Lloret - young and wealthy -, elegant streets and squares and a sumptuous modernist cementery with outstanding works by: Puig i Cadafalch, A. Gallissà, Conill i Montobbio. as well as public buildings of artistic relevance such as the town hall, the modernist reforms of the parish church and the parish schools.

Between 1880 and 1920 the urban layout of Lloret underwent a radical change; Starting in the second decade of the 20th century, the figure of the "American" began to decline and a period of economic drought began for the population that lasted for about seventy years.

Although tourism began with good expectations in the early 1930s, it was cut short by the civil war, it was not until the 1950s that a new economy-based system of life was consolidated in our population tour. It was then when the population began a new urban transformation: the old stately houses were converted into hotels and service facilities, the vines, forests and fields were urbanized creating new developments and neighborhoods.

This tourist activity has led our population to have a wide variety of hotel and commercial establishments, as well as excellent sports facilities - athletics tracks, soccer fields, sports halls - and a large number of recreational areas.

Lloret de Mar is today a city that combines history and modernity, the local tradition with the cosmopolitan vision of the world, the pride of feeling Lloret with the cordiality that is felt towards the people who visit us ... that is why At the door of the 21st century, our commitment is that Lloret continues to be an open and hospitable city with all those who visit us for various reasons.

So, welcome to Lloret, a historically welcoming city, prepared to face new challenges of the 21st century.

The cultural and natural heritage of Lloret de Mar is very rich but little visited. The Obert de Lloret Museum (MOLL), is a new museum concept that integrates all the cultural attractions of the population from everyone to access. It is not a traditional museum within a closed enclosure but it is an open-air museum, in continuous movement and transformation formed by routes, museums, historical buildings ...

If you want to know more, visit the official website of Lloret de Mar to discover its corners and coves! 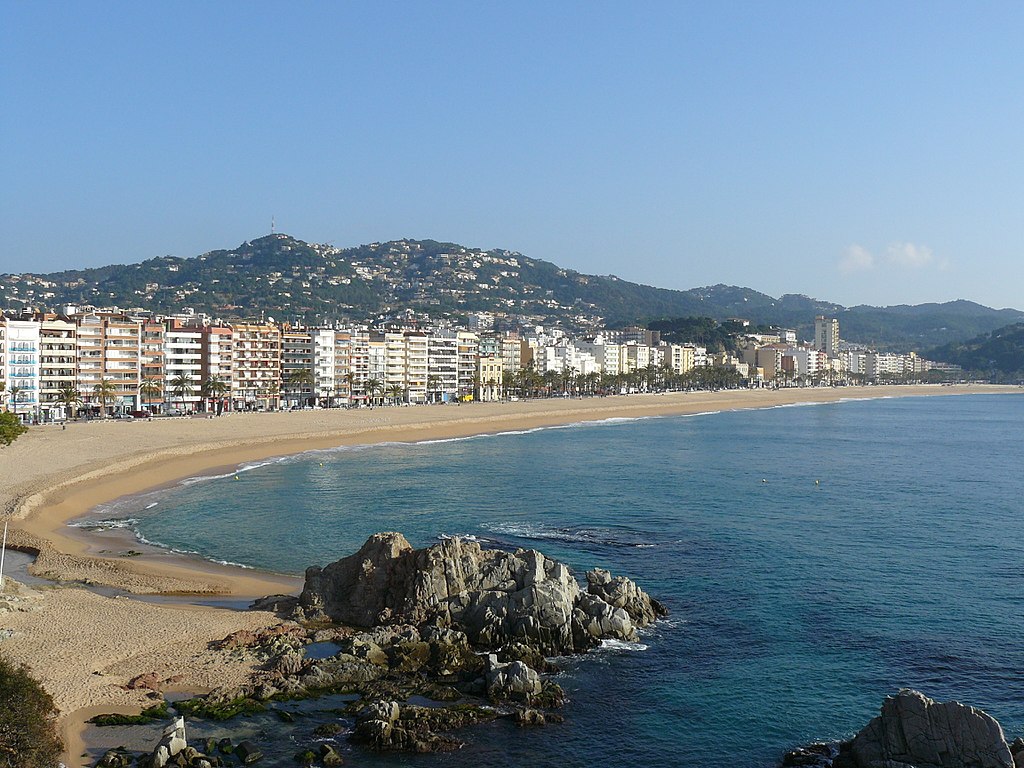 The beaches of Lloret de Mar are one of the main attractions for thousands of visitors thanks to the colors of its waters, its transparency, the natural environment and the thick, golden sand.

To this beautiful landscape we must add the environmental quality of the water, sand and beach services, which every year is recognized with the blue flag of the European Union. 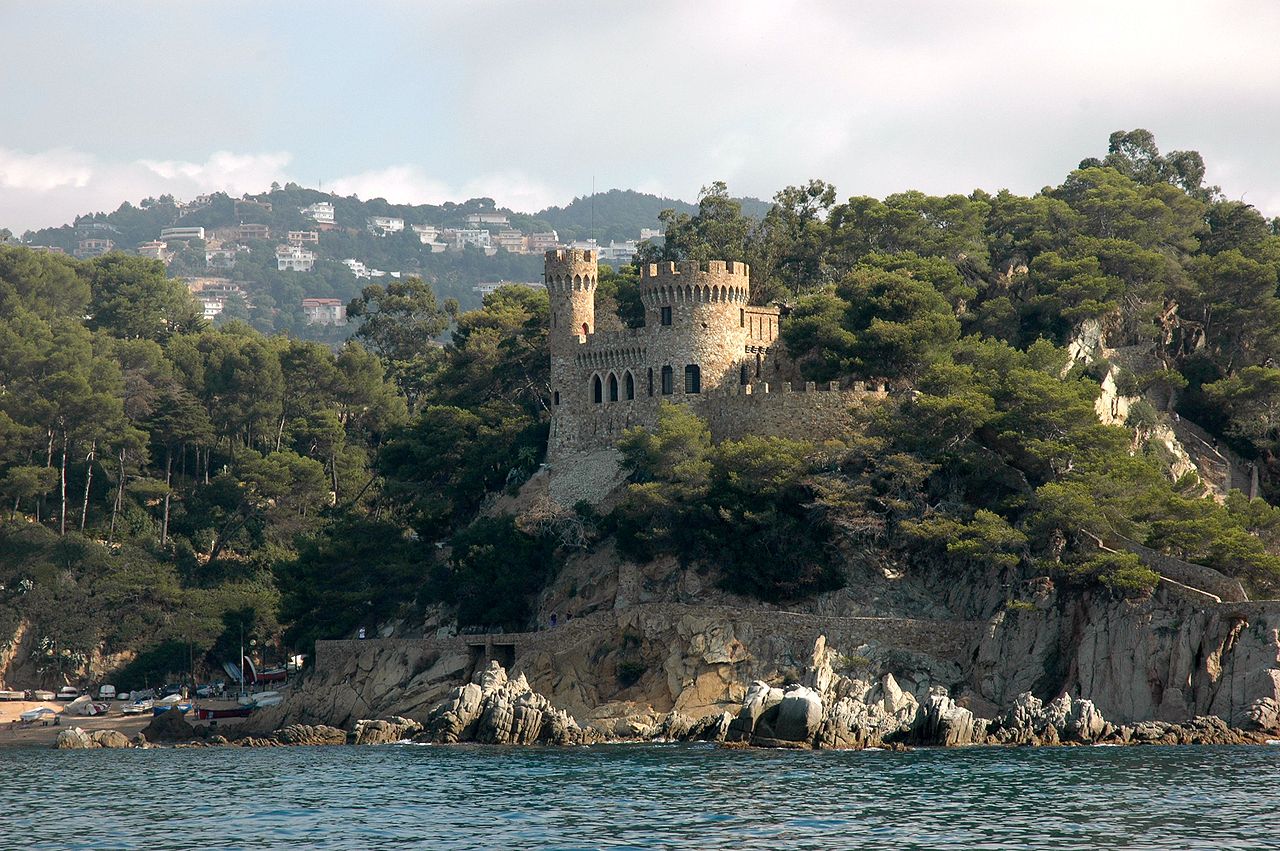 Lloret's history is indisputably linked to the concept of hospitality and the open character of its people. Since ancient times, in the 4th and 3rd centuries BC, the Iberians who inhabited the towns of Puig de Castellet and Montbarbat established commercial contacts that allowed them to obtain tools and ceramics from Greece and Rome.

Visit the official website of Lloret de Mar to discover its corners and creeks!
See more 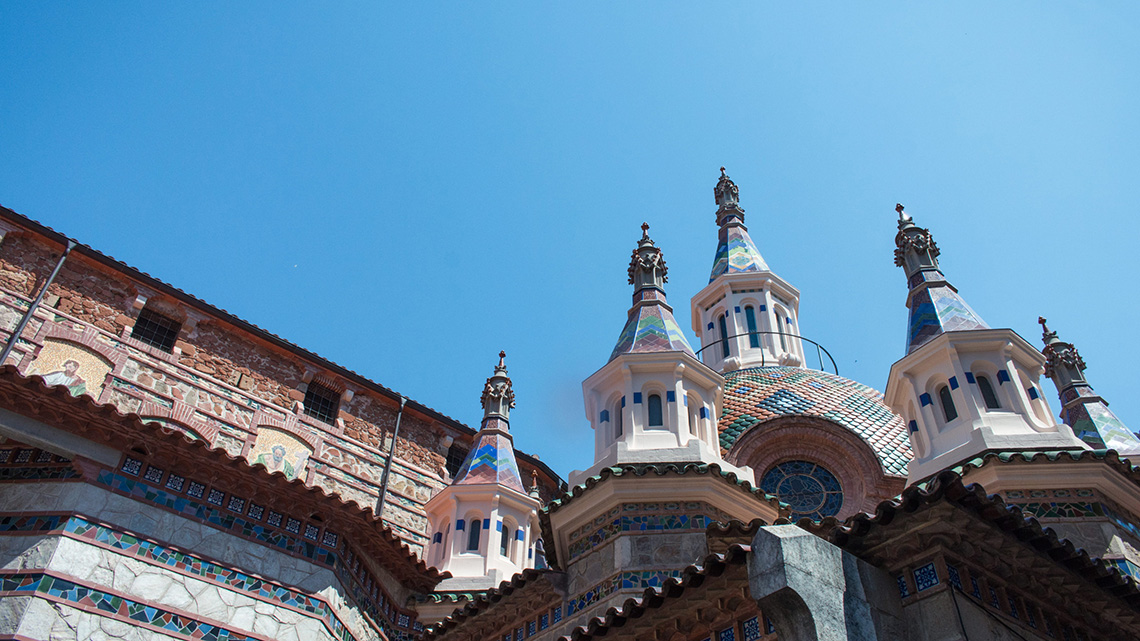 A trace of modernist art, it is one of the obligatory stops during walks through the center of Lloret and one of the most representative buildings in town. The church was built in the Catalan Gothic style, endowed with elements of fortification. 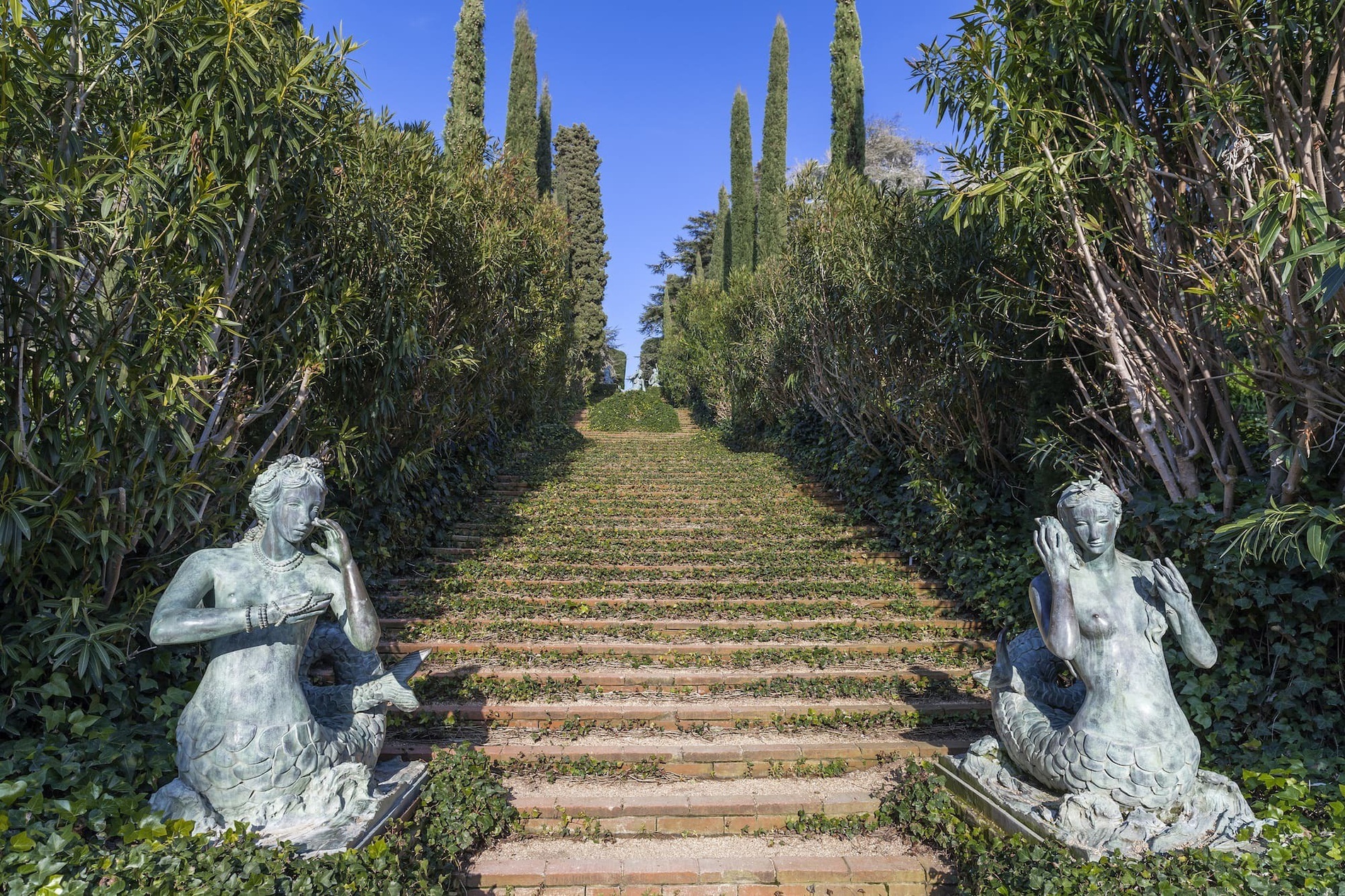 The romantic gardens of Santa Clotilde in Lloret de Mar are considered the best Mediterranean botanical garden in Europe. On a cliff and with spectacular views over the sea, this marvelous garden is a true example of the spirit that formed the Noucentista movement in Catalonia, of which Eugeni d'Ors was a brilliant spokesman.
See more 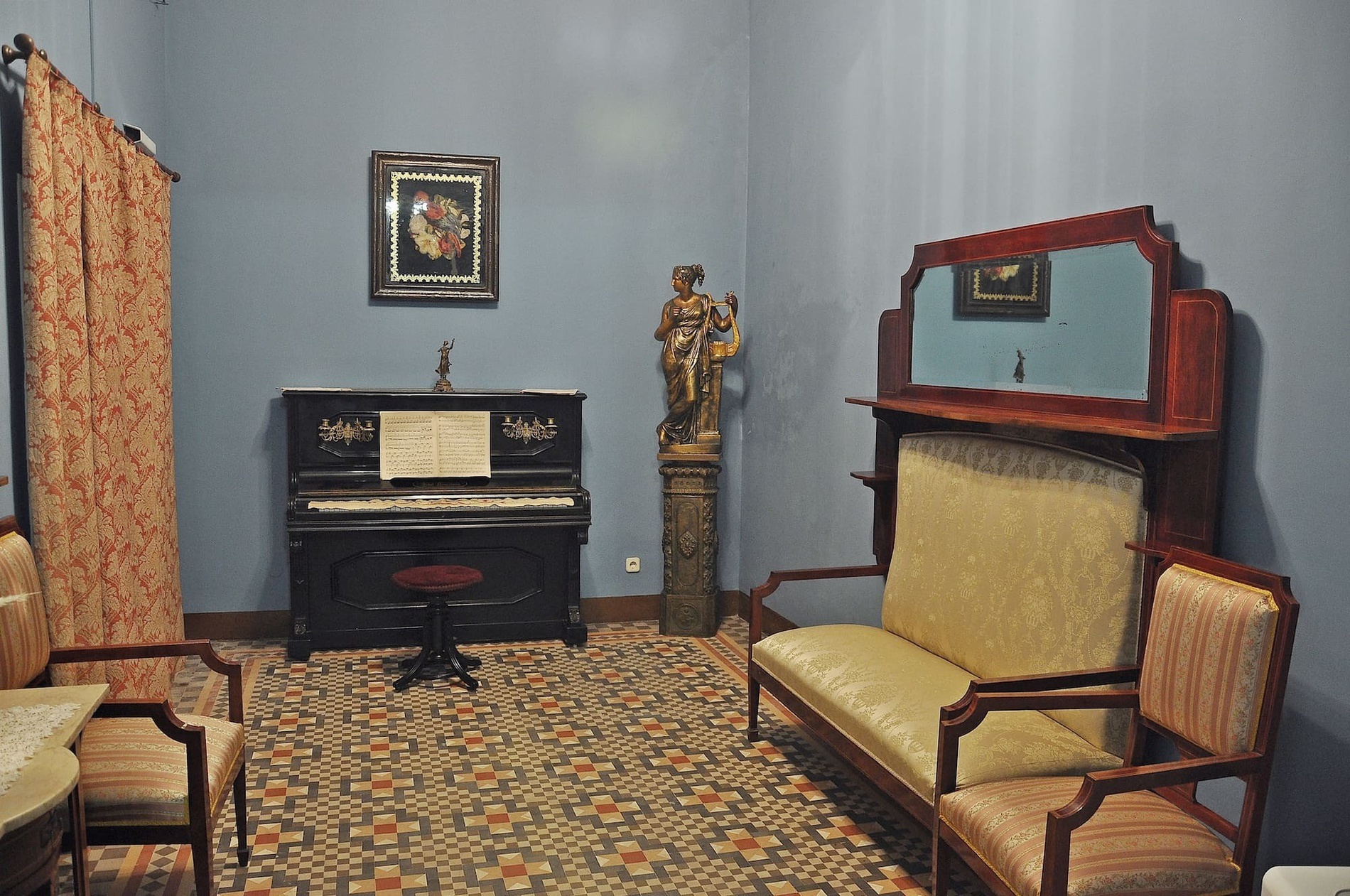 Discover the Indian legacy the historic center of Lloret de Mar treasures. Can Font is a house built in 1877, a building with a marked modernist character. Built by the Count of Jaruco at the end of the 19th century, it passed into the hands of a textile industrialist from Sabadell in the mid-20th century, it stands out for its neoclassical façade and modernist interior.
See more 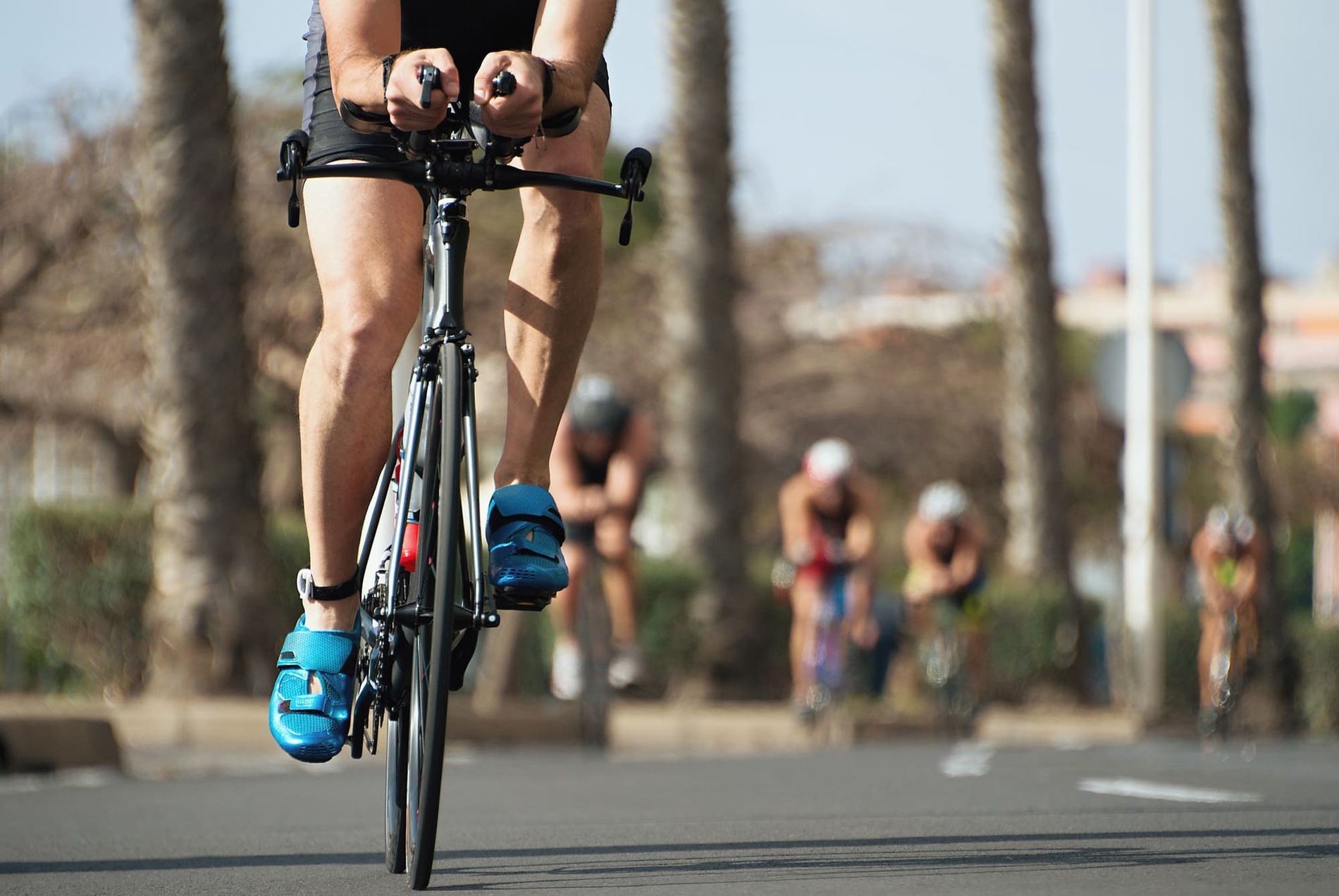 Since 2006, Lloret de Mar has been certified as a sports tourism destination in the fields of football, athletics, cycling, swimming, group sports and triathlon. It has excellent sports facilities - athletics tracks, soccer fields, sports pavilions - and a large number of recreation areas.
See more
YOU HAVE MORE REASONS TO SUBSCRIBE
Do you want to be up to date? Subscribe to our Newsletter and receive all our offers and promotions.